In 2021-2022, "Freedom" was commissioned by the Province of New Brunswick for Arc-en-ciel School as part of the Public Art Policy for New Brunswick.

The artwork consists of seven panels of digital prints made from original drawings featuring birds native to New Brunswick carrying books on many subjects.

According to the artist, it is a personal portrait of the St. John River, from Bath down to the Bay of Fundy. Most of the tributaries, some notable physical features, and many of the towns are included. Oromocto is central and emphasized, as the hometown is in any personal map. École Arc-en-Ciel and its surroundings are clearly an important part of this map, of the community, of the province, and of the world beyond. Two birds are different from the others. One is a junco (panel 4), coloured imaginatively. The other is a Bachman’s warbler (panel 7), recently declared extinct.

"Birds can just be birds, but they can also mean everything - freedom, movement, nature, education. Local birds are what you see if you pay attention to your own surroundings. Your education, which is a combination of your surroundings and your schooling, gives you wings." - Colin Smith 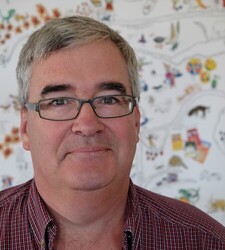 Colin Smith
Colin taught high school art, theatre, and English for 20 years. His work has been exhibited in galleries throughout NB and is included in public and private collections. For 11 years, his drawings and cartoons were featured weekly in the Salon section of the Telegraph Journal. He works out of his studio in the River Art Centre in downtown Florenceville-Bristol. 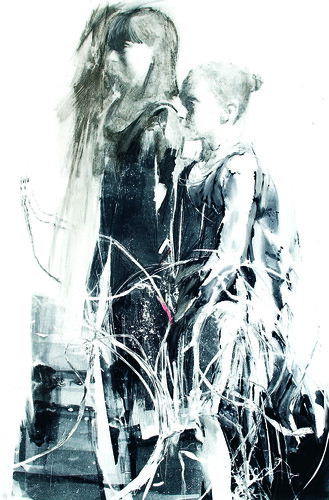 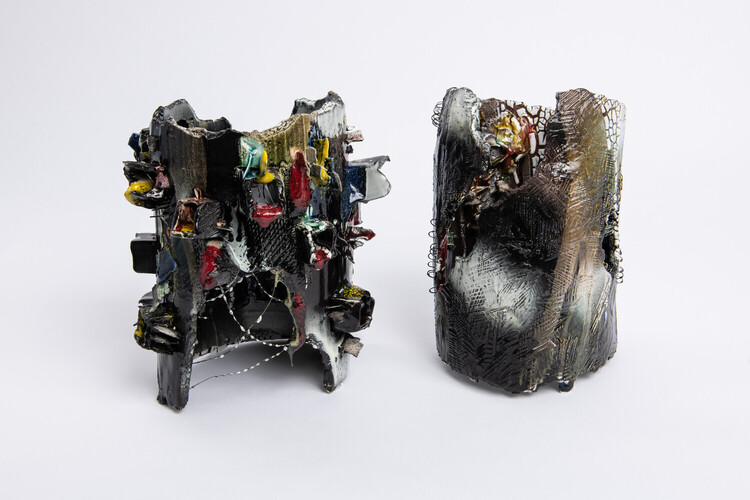 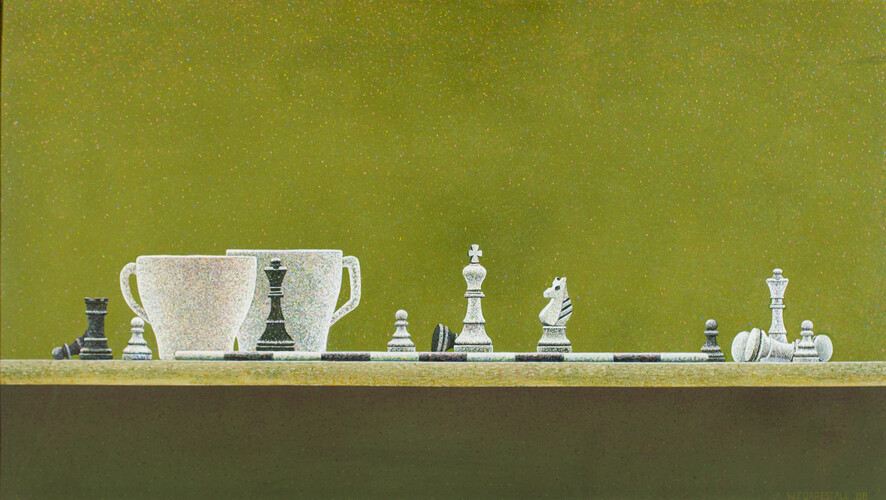 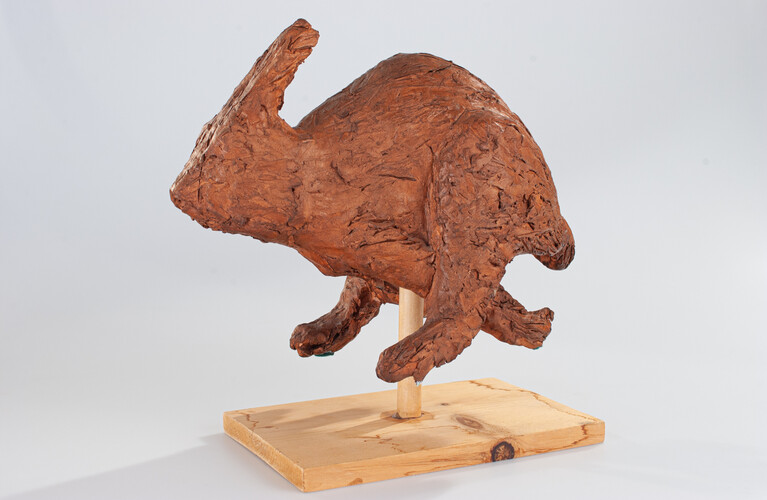 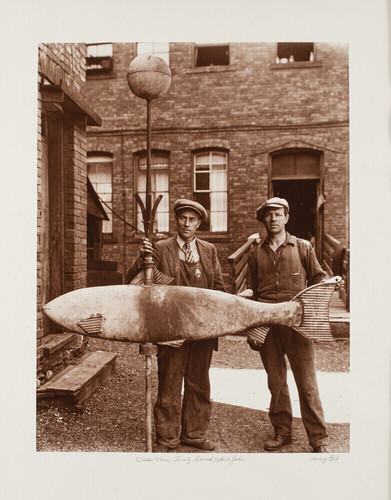 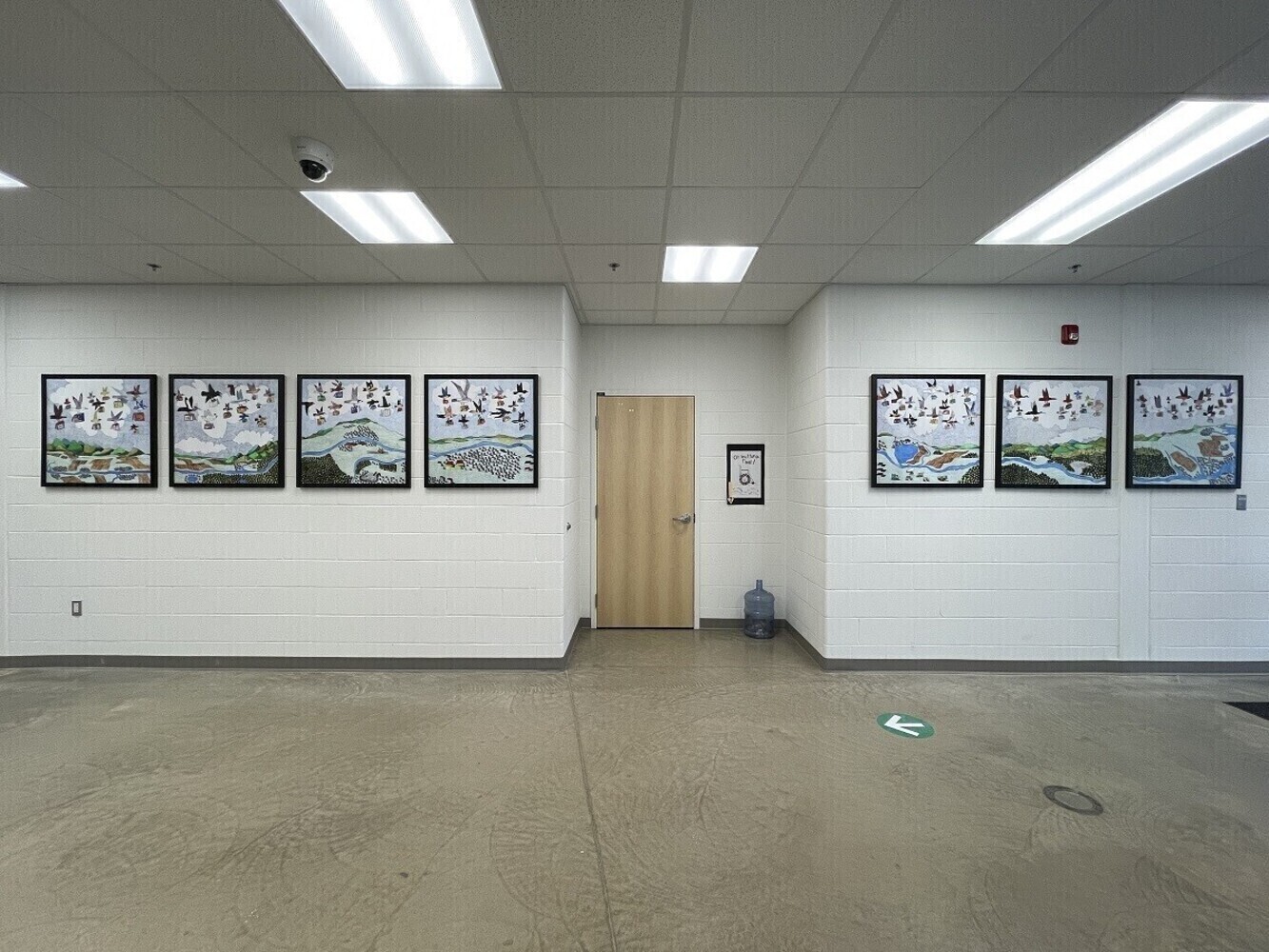